On June 30, the Board will reconvene the June 23 Action Meeting at 3 p.m. followed by a Public Hearing. The public may attend in person or view the meeting & hearing live here.

Read an update from Dr. Watlington HERE.
Share your thoughts and ideas about our School District with him HERE, and review his 100 Day Priorities HERE. 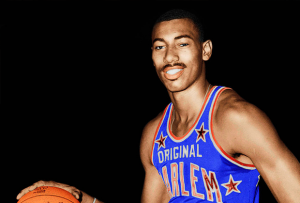 Wilton Norman Chamberlain (August 21, 1936 – October 12, 1999) was an American basketball player. He played for the Philadelphia/San Francisco Warriors, the Philadelphia 76ers, and the Los Angeles Lakers of the National Basketball Association (NBA); he played for the University of Kansas and also for the Harlem Globetrotters before playing in the NBA. The 7 foot 1-inch Chamberlain weighed 250 pounds as a rookie before bulking up to 275 and eventually to over 300 pounds with the Lakers. He played the center position and is widely considered one of the greatest and most dominant players in NBA history. 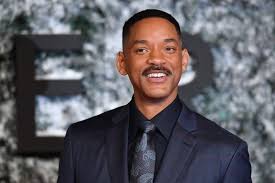 Willard Carroll Smith Jr. (born September 25, 1968) is an American actor, producer, rapper, comedian, and songwriter. In April 2007, Newsweek called him “the most powerful actor in Hollywood”. Smith has been nominated for five Golden Globe Awards and two Academy Awards, and has won four Grammy Awards. In the late 1980s, Smith achieved modest fame as a rapper under the name The Fresh Prince. In 1990, his popularity increased dramatically when he starred in the popular NBC television series The Fresh Prince of Bel-Air, which ran for six seasons until 1996. After the series ended, Smith transitioned from television to film, and has gone on to star in numerous blockbuster films. He is the only actor to have eight consecutive films gross over $100 million in the domestic box office, eleven consecutive films gross over $150 million internationally, and eight consecutive films in which he starred, open at the number one spot in the domestic box office tally. 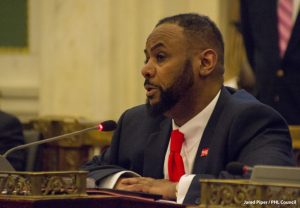 The Honorable Curtis Jones Jr. represents the 4th District of Philadelphia, Pennsylvania which includes Allegheny West, Belmont Village, East Falls, Manayunk, Overbrook, Overbrook Park, Roxborough, Wynnefield and sections of West Philadelphia. Councilman Curtis Jones Jr.’s consistent and dedicated approach has earned him the trust, loyalty, and respect of both his constituents as well as his colleagues as he was unanimously elected Majority Leader on January 2, 2012 to January 4, 2016. Currently in his third term, Councilman Curtis Jones, Jr. is the Chairman of the Committees on Public Safety, Commerce & Economic Development and Vice Chair for Parks & Recreation & Cultural Affairs.

Guion Stewart Bluford, Jr., Ph.D. (born November 22, 1942), (Col, USAF, Ret.), is an American aerospace engineer, retired U.S. Air Force officer and fighter pilot, and former NASA astronaut, who was the first African American in space. Before becoming an astronaut, he was an officer in the U.S. Air Force, where he remained while assigned to NASA, rising to the rank of Colonel. He participated in four Space Shuttle flights between 1983 and 1992. In 1983, as a member of the crew of the Orbiter Challenger on the mission STS-8, he became the first African American in space as well as the second person of African ancestry in space, after Cuban cosmonaut Arnaldo Tamayo Méndez.